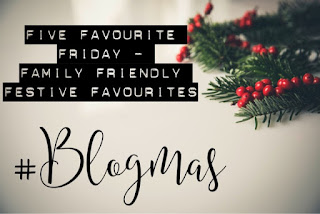 It’s Tim’s turn this week and he’s clearly tried to get as many ‘F’s into the title of this post as he physically can! That being said, I’m quite looking forward to this topic! I love all things Christmas and Music and Films are the biggest reasons why I love Christmas so much! The only rule for this one is that the films are family friendly (generally U  and PG ratings). So lets get cracking!

5. The Nightmare Before Christmas (1993). Yes it’s a Halloween film. Yes I also believe it’s a Christmas film. No it’s not up for discussion. So yes, it makes my list of favourite family Christmas films.

4. The Snowman & the Snowdog (2012). I love this one so much. I watch it every year (except pre-2012, then it was just The Snowman). The only reason this is so low down on my list is because it’s so sad! I like to be happy at Christmas time!

2. The Muppets Christmas Carol (1992). Michael Caine & Kermit the Frog. What more could you want?

I do have an honorary mention. And that’s Home Alone (1990). It’s such a well known Christmas film and even though it’s not one of my favourites, it definitely does deserve a mention.

And that’s it! I’m sure you’re probably wondering why Elf hasn’t made the cut. It’s simply because I don’t like it. I think it’s got something to do with the fact I’m not a fan of Will Ferrell.

Anyway, as always pop on over to Broken Thoughts to read Tim’s post. And please let me know in the comments what would be on your list of Festive Favourites!